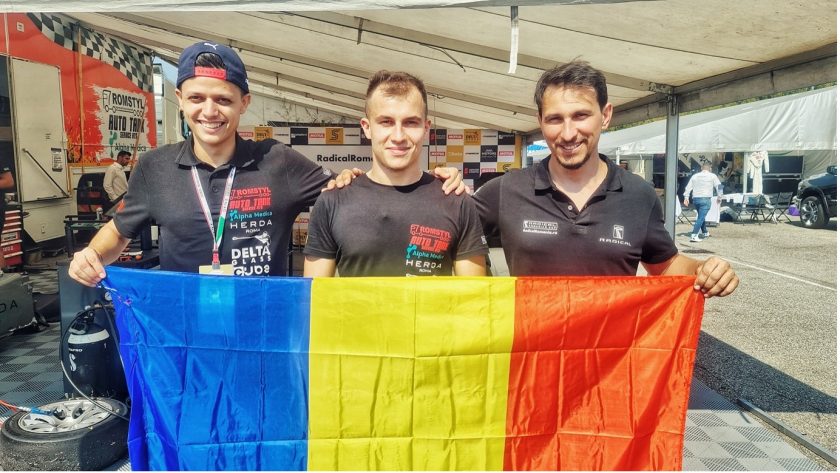 Between September 10 and 12, Alex Mirea, Mihnea Ștefan and Răzvan Galan focused on Autodromo Nazionale di Monza for a support race in the opening of Formula 1 Heineken Italian Grand Prix through Sports Prototype Cup.

This prestigious event attracted teams from the UK, Germany, Poland, Switzerland, and even U.S.A. for the two 35-minute races. These took place in front of the famous „tifosi” crowd on the Monza historical circuit. Not only were the three pilots in the same complex alongside Lewis Hamilton, Max Verstappen, or Sebastian Vettel, but they also shared the paddock with FIA Formula 2 and Porsche Mobil 1 Supercup.

Mihnea Ștefan took the start with the Radical SR3 XX prototype, while Alex Mirea and Răzvan Galan shared a Radical SR3 RSX prototype. The „Temple of Speed” represented for them a mix of provocative chicanes as well as fast turns, being an ideal environment to highlight the reliability of Radical Sportscars prototypes. 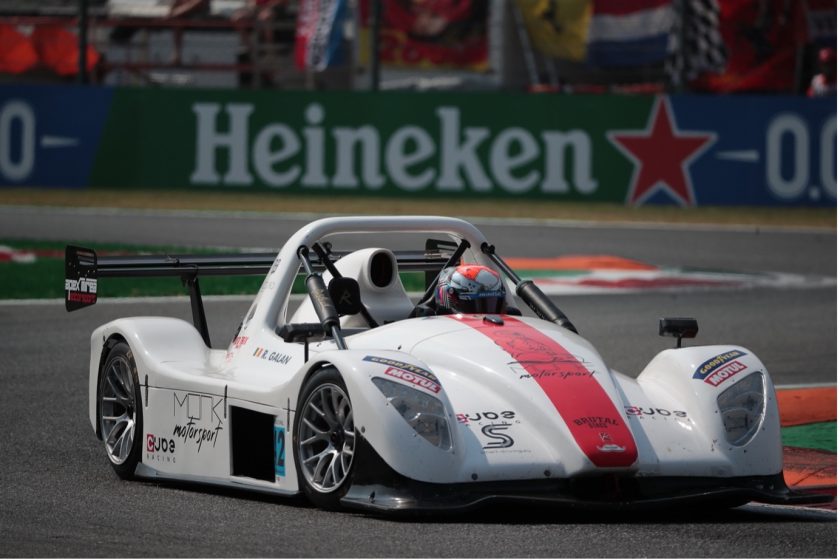 After a 30-minute Free Practice session, a single Qualifying session set the starting grid for both races. Mihnea Ștefan gets the 3rd place in the SR3 Trophy ranking, while Razvan Galan qualifies in the 5th place following tire issues suffered in the 6th round.

Because of the exploded tire, Alex Mirea fails to make a qualifying lap so, based on the stewards’ decision, he takes the start from the last place on the grid in the Sunday race. 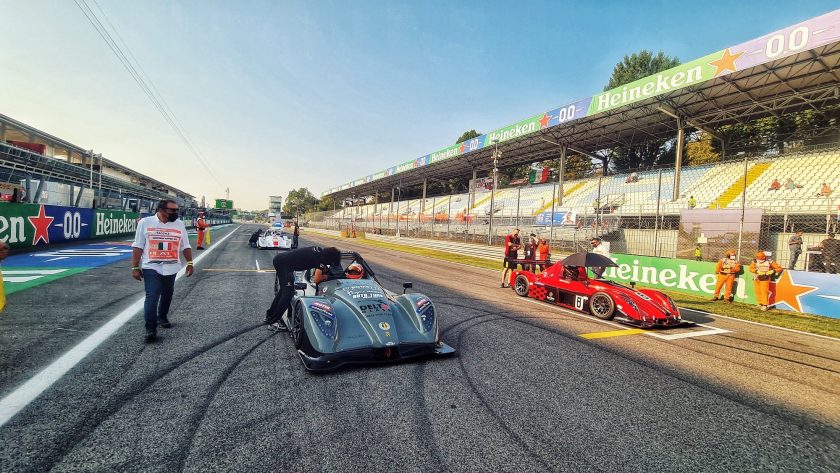 In the Saturday race, Mihnea Ștefan takes 2nd place in the ranking dedicated to Radical prototypes, but not without a wheel to wheel fight with the Polish Jacek Zielonka, lasting until the last tour of the race. Răzvan Galan manages to drive smoothly and wins 4th place on the famous Italian circuit. 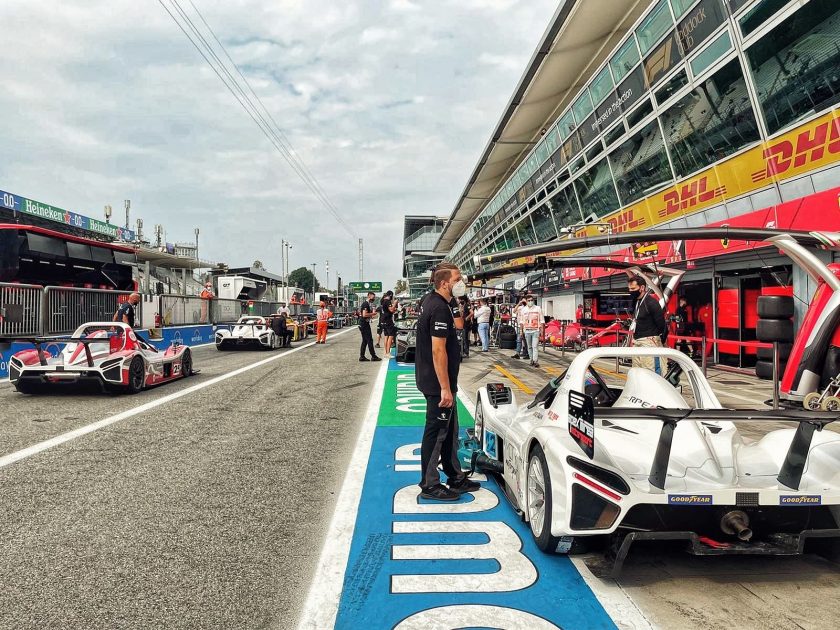 The second day sees the last race for the Romanian pilots. The Radical Sportscars prototype engines can be heard as early as 09:00 in the morning. Mihnea Ştefan manages to improve his rhythm, so he manages to win the race after 35 intense minutes on the temple of speed. Unfortunately for Alex Mirea, his car spins with only 12 minutes left in the race, so he is left unable to fight for victory, passing the finish line in 4th place. A notable feat is that A. Mirea was the fastest Romanian, being timed with only 0.064s more than the best lap time of the weekend, achieved by the Polish Jacek Zielonka.

The most exciting moment was the waving of the Romanian flag on the famous Italian circuit, right on the day of the Formula 1 Grand Prix!

This website uses cookies to improve your experience while you navigate through the website. Out of these cookies, the cookies that are categorized as necessary are stored on your browser as they are essential for the working of basic functionalities of the website. We also use third-party cookies that help us analyze and understand how you use this website. These cookies will be stored in your browser only with your consent. You also have the option to opt-out of these cookies. But opting out of some of these cookies may have an effect on your browsing experience.
Necessary Întotdeauna activate
Necessary cookies are absolutely essential for the website to function properly. This category only includes cookies that ensures basic functionalities and security features of the website. These cookies do not store any personal information.
Non-necessary
Any cookies that may not be particularly necessary for the website to function and is used specifically to collect user personal data via analytics, ads, other embedded contents are termed as non-necessary cookies. It is mandatory to procure user consent prior to running these cookies on your website.
SALVEAZĂ ȘI ACCEPTĂ